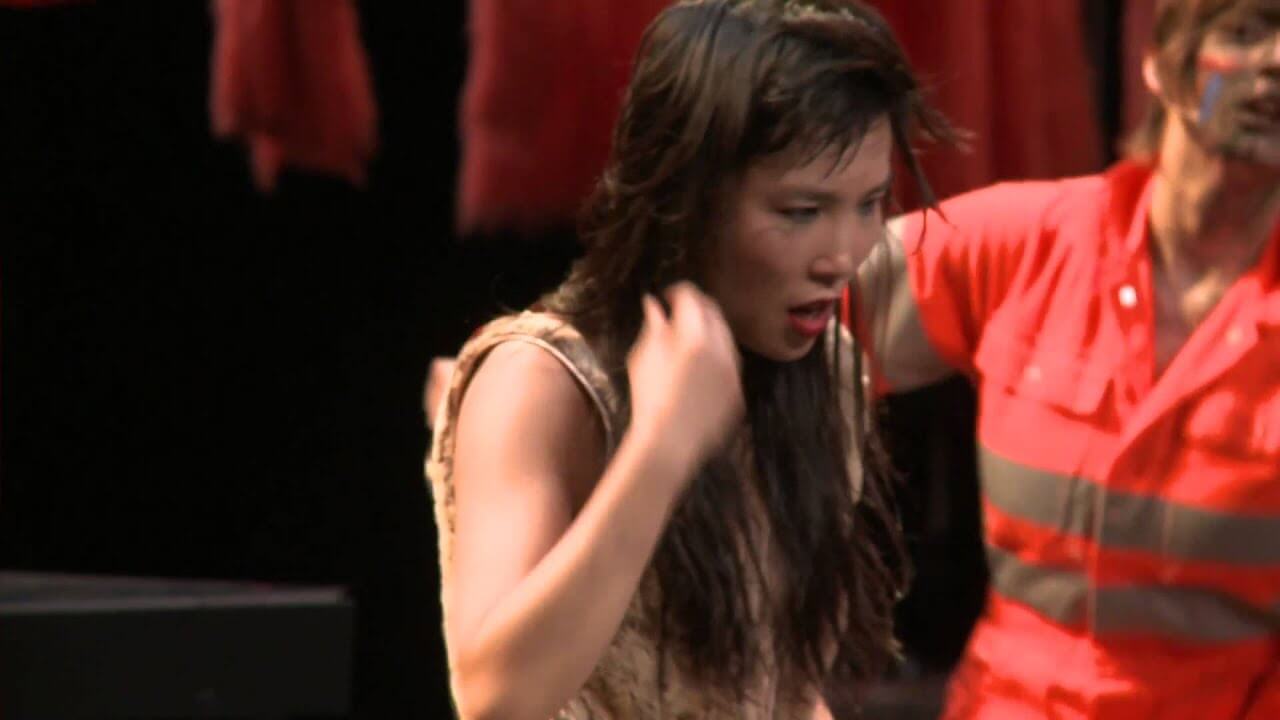 During my first year of theater studies in Montpellier, I was told by a teacher to go see the show Marketplace 76. A few of my fellow students and I went there together, very excited to discover something new. My seat was in the back on the left, I sat and waited for the show to begin. The show was about a gas explosion happening in a village. They talked about how the survivors deal with each other despite grief, incest, pedophilia, suicide, and kidnapping.

While watching this show I couldn’t think of anything else, no time to check my watch, no time to remember when the last tram runs. I was fully absorbed by the singing, the dancing, the acting, and the scene coming to life in front of me. They were talking French and English, there was snow falling from the ceilling, dance metaphors that said things that would have been too hard to watch. I laughed, I cried, I squeezed my fists, I cried again, and at the end I was left empty.

I knew that theatre was what I needed in my life, but at the time, I wasn’t exactly sure what I wanted. This show made me understand which “kind” of theatre I wanted to do. So a few years later, I decided to pack my things and move to Germany. My goal was to get to act in different languages and to go on stage to make the audience feel the same way that I was feeling on that night of the 20th of November 2013.