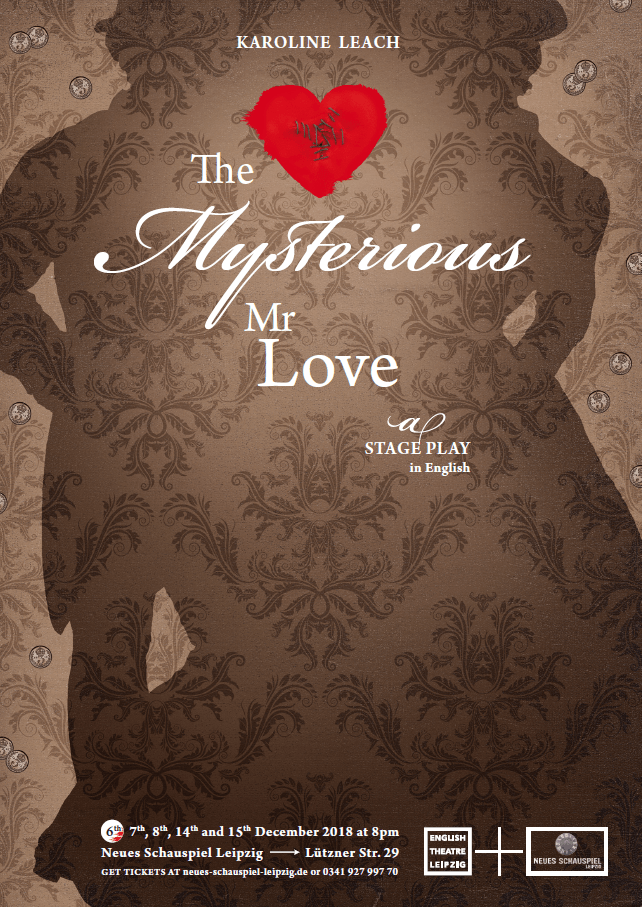 English Theatre Leipzig revisits its debut production of Karoline Leach’s 1997 play in an edition since updated and expanded from the original by the author. George, the eponymous Mr Love, is an aging, jaded con man whose habitual method of relieving unsuspecting spinsters of their life savings meets its match in the innocent, mousy milliner Adelaide Pinchin, who, it turns out, may not be as naive as she first appears.

While George, at first, easily manipulates Adelaide’s poor self-esteem to his own advantage, she quickly proves his equal and unravels his plans in bizarre and unpredictable ways. Set in 1910, the play offers a tantalising glimpse behind the locked doors and secrets of Edwardian society and reveals our forefathers’ everyday struggles to be hauntingly similar to our own.